Where were you General Quitman? 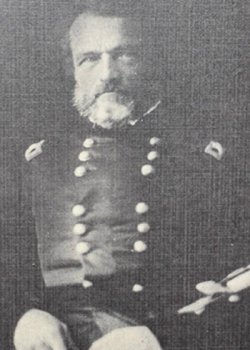 As promised, I have several curiosity/historical questions based on some of the wording in the letter I posted last week.  For your ease of reference, below is a transcript of the letter:

I have just arrived here in The New York from New Orleans.  From the latter point I wrote you a long letter.  I have little to add now – I am here in a tent on the beach of the sea shore, will leave this evening for the mouth of The Rio Grande & proceed immediately to General Taylor’s head quarters at Comargo.  Harry is with me.  The last day I was in New Orleans I had a daguerry type likeness taken & handed it to Mr. Murray for you.  I will obey your commands my dearest wife.  You are my polar star and my heart ever points to you.  Remember me always affectionately.  My warmest love to all the children.  I have not time to write to Louisa or Henry.  I shall not feel settled until I reach my camp.  I keep a journal for you which will portray all my feelings.

Your ever affectionate husband.

At the top of General Quitman’s letter he writes “Brassos St. Dago,” and at some point someone wrote “Texas” in parenthesis by this.  Underneath that line is written “near Houston.”  However, in his letter General Quitman states:  1) he’s just arrived “in The New York from New Orleans"; 2) he’s “in a tent on the beach of the sea shore;” 3) he’s leaving that evening “for the mouth of The Rio Grande;” and 4) he’ll “proceed immediately to General Taylor’s head quarters at Comargo.”  Exactly where was this letter written?  Where was/is Brassos St. Dago, and at which beach do you think he was writing from?

So, I invite you to email me at carrie@monmouthhistoricinn.com with your responses.