Natchez: A Town With Two Faces

We continue reading Mr. Nelson’s articles, and this week’s posting is the first part of an article – stating Natchez is “a town with two faces.” Interesting to read about the beginnings of Quitman's career and how he started with nothing, and how the polar opposites were thriving in this town back then - something all too common in river port cities, such as Natchez and New Orleans. Enjoy the read and until next time - safe travels! 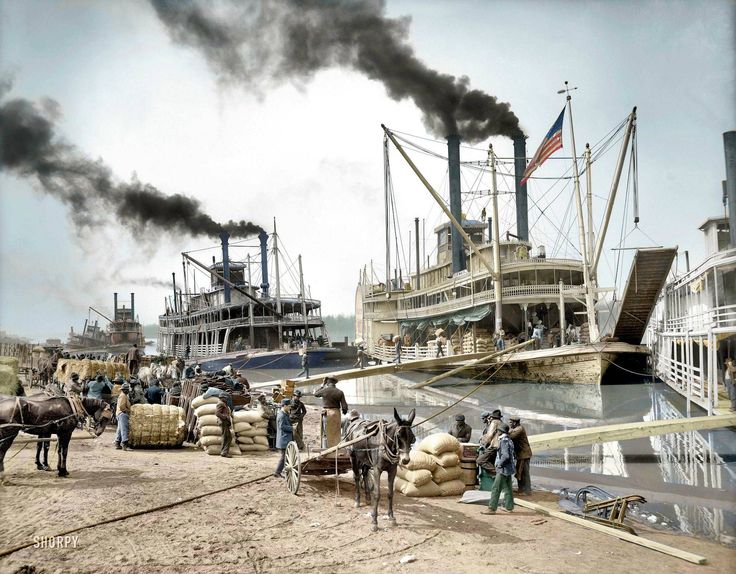 A new lawyer settles in Natchez, a town with two faces

John Quitman stepped off a steamer at the Natchez landing 22 days before Christmas in 1821. Before him stood two towns: one under-the-hill and one atop the bluff. Both were bustling.

He had $15 in his pocket and had just recently been licensed to practice law in Ohio country, where he lived for 18 months. A month after leaving his old home and following a journey by horseback and on a steamer, the 23-year-old Quitman arrived in Natchez on Dec. 3, 1821.

Natchez for 40 years had been the destination of fortune seekers. Located on the Mighty Mississippi on which flourished a vibrant river trade, land and cotton had made the planter wealthy and paved the way to riches for the merchant and the lawyer.

"No part of the United States holds out better prospects for a young lawyer," Quitman wrote his father shortly after his arrival. "You may have some notion of business here when I inform you that court has been in session for twenty-eight days without disposing of the criminal business; there were 12 indictments. This would indicate a deplorable state of morals; but remember, the river brings here the floating population of the whole West, and the wealth of the country entices adventurers from many lands."

In addition to his belongings stored in a trunk, Quitman had in his grasp a letter of introduction to a local attorney provided by the man's mother, who Quitman had met on a keelboat on the Ohio River. At that time months earlier, Mrs. Griffith of New Jersey was in route to Natchez. She told Quitman all about town and later sent him a letter of recommendation to her lawyer son who lived there, William B. Griffith.

The first thing Quitman did after arriving was walk to the top of the bluff and look up Mr. Griffith. Quitman wrote his brother that Griffith "was very kind, and encourages me much, and, from what I observed this morning in court, I have no fears. High fees, plenty of business, and not overstocked with eminent lawyers. There is room for a hard student and a determined man, spurred on by necessity and pride. My difficulty will be to live for a few months. I must appear as a gentleman, or I can not be expected to live as such."

On his second day in town, Quitman wrote his brother who lived near other family members in Rhinebeck, New York: "Mr. Griffith has offered me the use of his office and books, and except boarding, I shall have but few wants. I shall cut them down to a narrow compass. I begin my economy by writing on coarse and soiled paper (a tavern waif), with the stump of a pen. Better stationery after a while, but now not a shilling for the superfluities. Tell papa and my sisters, that the farther I go from them the nearer they are to my heart."

Quitman soon grew fond of his new mentor, who he said was "a man of first rate talents -- a Princeton scholar -- a few years older than myself, and has every quality to command respect...Hard application and severe logic, thorough preparation of his cases, and astonishing energy of will are his characteristics." His new boss didn't hang out at the taverns and didn't partake in the pleasures offered in the sin dens under-the-hill. Griffith hated politics, an avocation at which Quitman himself would one day excel.

Natchez, Quitman wrote his father, was a city with two faces.