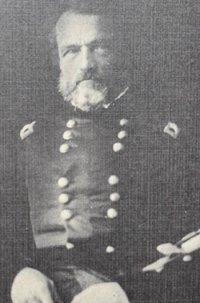 Below is the transcript of a letter from the Quitman Family Letter Collection.  Next week I’ll blog with particulars on some of the items in this 169 year old letter –who, what, and where type of information.  How vastly different things are today where we are of an age when a handwritten letter is all but a thing of the past, and we have the convenience of cell phones to abate our fears about one another’s whereabouts, health status, etc.  But - some would argue - in exchange for this convenience we’ve lost something.  What do you think?  Email me your thoughts at carrie@monmouthhistoricinn.com.  Until next time, why not pick up your cell phone and call a loved one - just to say “hi” and see how they’re doing . . .

I suppose that you will be quite surprised upon receiving two letters in so short a time.  Mother read to me a passage of your letter in which you said that you thought that my former letter was quite sensible and well written.  Now I fear that the reputation which I have gained so rapidly might be as soon lost.  But I must retain in my possession that which I have acquired.  Mother in receiving your letter on Tuesday formed the sudden resolution of coming up to your assistance in case you should fall sick again, and as everything was proposed and ready to start in the Concordia on Wednesday evening, and as it grew nearer to the time of departure, Grandmother heard of the whole affair, and sent Mr. Tyler round to all the law offices, to see if any one had come from Jackson lately.  Mr. Atleugh met with Mr. Doubinson, who said that he had seen you hard at work the day he left.  Mr. Tyler then came to our house and persuaded Mother to abandone her project altogether.  Grandmother seemed to be very much alarmed about it, as if Mother was bent upon going to New York alone.  She called to mind all the steamboat accidents which have happened during the last six years, she also painted in most terrific colours the towering bridge over the Big Black river and said if she crossed it she would certainly have her neck broke or drowned.  However, I am very glad that you have recovered your former health, so that there will be no occasion of Mothers journeying alone and risking steamboat and railroadbridge accidents.

The garden begins to brighten up and to look neater from the effects of Freds spade.  The young peas are growing very fast now, I suppose that they are more than a foot high.  The Plumb trees are covered with bloom, but peach trees are not yet flowering, and I hope, for the preservation of the fruit, that they will not until after the frosts of March.  All the fields have been broken up for corn.

How beautiful must the banks of the Grand Callion look now, clothed by myriads of brilliant wildflowers, and the gigantic live oaks standing a little in the background, bending their croocked trunks towards the glassy surface of the beautiful stream as if to shade the delicate flowers from the scorche of scorching sun.  I hope that we shall see you at home soon.  Mother and Sister Louisa said that they would forward you a letter each.